Ditching the rush hour commute is one of the major advantages of working from home. Nobody wants to sit for hours in city traffic or fight for space on a packed train with hundreds of other commuters.

But having no morning commute has its downsides too. It can be difficult to start the day and feel motivated when there is little distinction between your home and your work space. You might find you miss that feeling of arriving at work and knowing that it is time to get on with the day. 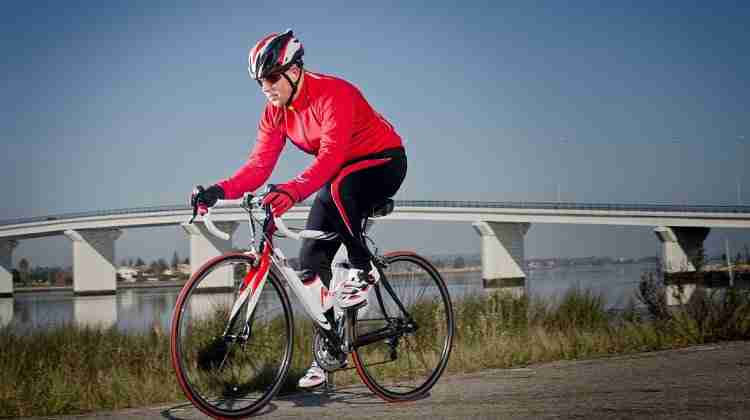 And there are health considerations too. If you previously walked or cycled to the office, but now work from home, you’ll miss out on that exercise if you simply stroll to your desk each morning.

So, why not commute to your home office?!

It’s not as crazy as it sounds. There are lots of benefits, including improved physical health, mental health, and productivity.

Commuting can even be fun when you do it on your own terms.

What we’re talking about here is morning exercise, but with a different mindset. Instead of thinking of exercise as something that you can do at any point in the day, fix it in your mind as a specific task that must be done each morning.

In other words, think of it as your morning commute.

The advantage of planning a morning commute is that you’re more likely to stick to it than if you set a vague goal to ‘do more exercise’.

It also gives you a reason to go for a regular walk in the morning, which you might not otherwise have planned as part of your routine.

Walking is great for your health. It improves the health of your heart and lungs, helps you to lose weight, and decreases the risks of heart attacks and strokes.

The UK’s National Health Servics (NHS) says that a brisk walk – that’s a pace of approximately 3 miles per hour – is good for you, even if you walk at that pace for as little as 10 minutes per day. The NHS recommends aiming for at least 150 minutes of moderate exercise per week, and walking counts towards this.

So, instead of getting dressed and immediately sitting down in your home office, why not go for a quick walk instead?

Simply get dressed as normal and head outside, taking the weather into account exactly as you would if you were going to an office. Take an umbrella if you need one and don’t wear too many layers if it’s warm. You don’t want to get back and need a shower because you’re too sweaty!

Plan a simple circular route that starts and ends at home. You can either stick to the same path each day – this helps to establish a routine – or mix it up sometimes to add some variety. You may also want to pick up a takeaway coffee or some breakfast as part of your daily ‘commute’.

While it might seem strange at first, we bet you’ll find that you arrive home feeling more awake and ready to get on with your work.

Go for a morning jog

If you want to step things up a notch from a morning walk, a run or jog is a fantastic way to kick-start your day.

Again, it doesn’t have to be for a long time or distance. You’ll see benefits from jogging for 10 minutes or more, and you can always increase how far you run – and how fast – as your fitness level improves.

You may also want to alternate between walking days and running days. Or ease yourself into jogging by primarily going for a walk, but with some short bursts of jogging included.

The most important thing is that you don’t push yourself too hard. Only do as much exercise as your current fitness level allows. If you’re not in the best shape, you’ll see improvement quite quickly and can slowly build up the intensity of your morning workout.

Whatever your fitness, one benefit of jogging in the morning is that it’s great for generating ideas. Most people find that they come up with some of their best ideas, and solve problems that previously had them stumped, while exercising.

Of course, the difference between walking and running in the morning is that you’ll need a shower once you get home. This isn’t a bad thing – there’s nothing to say that you have to go straight to your desk as soon as you finish your commute. After all, many people run to work and shower at the office. The important thing is to stick to a routine.

Another great way to ‘commute’ to your home office is by bike.

Cycling allows you to extend your route much further, as you can cover much more ground with the same physical effort. This can be a fantastic way to explore more of your local area.

One of the main challenges that cyclists face while commuting is traffic. Not all cities are cyclist-friendly and, sadly, not all car drivers are as considerate as they could be. Fortunately, this is often less of an issue when commuting to your work-from-home job.

Many people who work from home have some flexibility in their work schedule, including when they start the day. This may mean that you can set off on your cycle commute at 9am or later, missing the worst of the morning rush hour.

Commute without even leaving the house!

The main advantages of commuting to work on foot or by bike are exercise and routine.

Your morning commute is a chance to get your blood pumping, your brain going and to create a mental barrier between your home and work life.

But none of that necessarily involves going outdoors! You could try a virtual commute instead.

If you have home gym equipment, such as a running machine or exercise bike, or space to follow a workout routine, you can get almost all of the benefits of a commute, without ever leaving the house.